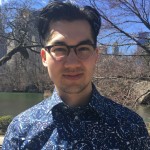 Mark Tseng Putterman (@tsengputterman) is a NYC-based Asian American educator and historian. He is passionate about critical coalitional organizing and Asian American political education, and works towards unlearning mainstream American historical narratives in order to center the experiences and perspectives of communities of color. 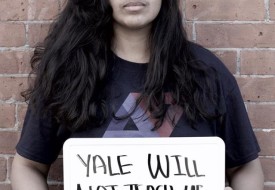 On November 9, 2015, a tent encampment set up on the University of Missouri Columbia’s campus quad erupted in celebration. President Tim Wolfe, who student protesters charged with failing to address campus racism, had announced his resignation. Amidst cheers, tears, and a mass rendition of “We Shall Overcome,” a new controversy emerged. A six-minute viral […] 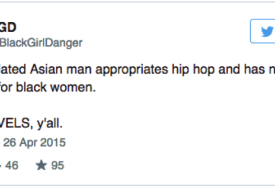 I was an awkward and impressionable pre-pubescent Asian American boy when America’s imagination was captured by a certain William Hung and his off-key 2004 rendition of Ricky Martin’s “She Bangs” on American Idol. That the most visible Asian male mainstream representation of the moment (other than, perhaps, the cartoonified Jackie Chan of the beloved Jackie […]