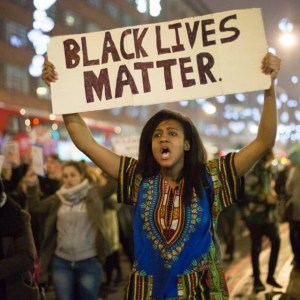 In a highly globalized society, with mass migration driving rapid change in the racial demography, both of the world and of the U.S., racial attacks and racism itself have grown much more complex, making last century understandings of the racial context less useful or even misleading. Whiteness, however, is still at the center of American culture, even as its power as a normative force is slowly eroding while it simultaneously becomes less invisible in the ways it exercises power.

Even with all of these changes, I continue to view anti-black racism as the nut of American racism. Poor black people continue be miner’s canaries and prophets of destruction, their experiences of oppression and exclusion still the tip of the spear of threats to democracy, the security of our citizenship, the stability and security of our economy.

The condition of the black community should be viewed as a lens through which we can better understand the state of capitalism as it quickly morphs into something new, something even more threatening. Black lives matter, both as a moral necessity, and as a matter of mutual self-interest.

As our great vulnerabilities are being exposed by a regime that will displace many of us, we should remember this. Our survival may depend on this understanding.

I refer you to Zora Neale Hurston –

“I feel most colored when I am thrown against a sharp white background.”

That sharp white background is coming into focus for all of us. But, lest we forget, for some the blinding whiteness of that background has never been beyond view, never anything but the very paper on which the stories of lives of those most targeted by the fulcrum of white supremacy are written.

Great article! It sounds like the prelude to a more substantial piece on the subject of white supremacy and racism in the 21st Century. I would love to read more. Give thanks!