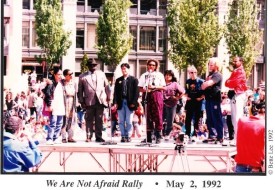 The racist manifesto attributed to vigilante racist, Dylann Roof, is troubling for a lot of reasons, not least of which is that Roof’s diatribe reflects certain broadly held and increasingly mainstream beliefs among whites, like, for instance, that Blacks are the true racists and whites are under attack. And this plum, “black on White crime” is the […]