As I ponder the significance of the 101st birthday of Grace Lee Boggs, it is nearly impossible to convey in words how much she changed my life and how much she helped thousands of others find their path in life and activism.

Grace’s first birthday without her presence on Earth is a time to thank her once again for blessing us with everything she had to give. It is a time to honor her by carrying forward her struggle. But it is also a challenge to those of us who worked with her to do the best we can to share our understanding of Grace’s revolutionary philosophy and spirit for all those who will never get a chance to meet her.

In 2002, Grace and I went to the funeral for Vincent Chin’s mother. She pulled out an old white suit from her closet and gave it to me, saying, “You have to wear white at a Chinese funeral.”

I hadn’t heard of Chinese people in the United States following that custom, so I wore a common black suit. As it turned out, Grace was the only one there in white. But that was Grace; she never feared charting her own path or standing apart from the crowd.

Recognizing her unique place in the world, Grace never regretted being on the margins of this white supremacist, patriarchal, capitalist system. Indeed, she taught us to relish the perspective of those on the margins, whether we are talking about a brilliant Chinese American woman philosopher excluded from academia OR an entire city taken captive by emergency managers, gentrifiers, and financiers. It is the outsiders who know that the status quo is untenable, and who are driven to find another way.

One of the first lessons I learned from Grace was: Even when you are right, Grace knows more than you do. There’s a higher truth that you have yet to awaken to. I understood that when Grace gave me that suit, it wasn’t just any old white suit—not the Western tailored kind with buttons that you wear with a tie. This was an Nkrumah suit, a gift to her late husband Jimmy Boggs from Ghana’s first president, Kwame Nkrumah himself. So I had to think of all the reasons she would ask me to wear it, beyond the sake of a Chinese funeral custom.

In fact, I never felt worthy to wear it or keep it. But Grace said she wanted me to have it. Another important thing I learned is that there is a time to struggle—and we know Grace loved to struggle—and there’s a time to simply heed your elder. So I kept this suit in a safe place for thirteen 13 years. I suppose I was saving it for the proper occasion. But let’s be clear, no one can fill Jimmy’s suit. Grace, however, could make you see things that you didn’t see in yourself.

Grace’s belief in the ability of each of us to grow was one of the reasons she was so excited to bring people she worked with and entrusted to carry on revolutionary struggle to Sutton Island. This little island with no cars or sidewalks was where Jimmy and Grace held their profound conversations in Maine with Lyman and Freddy Paine. It’s where they developed their signature concept, dialectical humanism, working to transform the anger and militancy of the 1960s rebellions into a force to rebuild a self-governing society from the ground up.

Going to that same house with Grace made you think seriously about your place in the struggle. What does it mean to be entrusted with the legacy of James and Grace Lee Boggs? It’s a question not just for me, not just for the Boggs Center, but for all of us. For as Jimmy and Grace remind us, “You are only somebody in relation to many other bodies.”

Despite what some may say, Grace remained a revolutionary to her last breath. Time and again, she was asked, “How have you stayed so committed and active when we’ve seen so many movements rise and fall, so many leaders come and go?”

Grace’s secret to longevity was, “Never get stuck in old ideas.” Although she never stopped denouncing capitalism, Grace insisted that we adapt our struggles to changing conditions and realities. We need to think dialectically, because new contradictions are always arising, particularly within our own movements.

That’s why Grace was never rattled by crisis and never wallowed in despair. Read her most penetrating chapters on Lenin, Mao, Malcolm, and Martin: They made great visionary breakthroughs when they were on the run from the imperialist lapdogs, when their movements were splitting and their own comrades were turning against them.

Where vultures see crisis as an opportunity for land grabs, Grace saw crisis as a defining moment when we are required to make leaps in our thinking, to stretch our creative energies to imagine new alternatives and new bases of unity. That’s dialectics in practice.

Grace often marveled that Jimmy had the audacity to do for the 20th century what Marx did for the 19th century, to analyze the dominant modes of profit, exploitation and oppression, and to project a more human alternative; to deepen and transform our sense of work, community, and democracy.

Instead of chasing an outmoded vision of the American dream, where the endless pursuit of a higher paying job and a bigger house leads millions of people to move to the newest boomtown and the latest bubble, Jimmy and Grace remained rooted in Detroit. Scores of young people have been reciting Grace’s quote, “The most radical thing I ever did was to stay put.”

Staying in Detroit, knowing its landscape and culture, its failures and contradictions, but above all its beautiful people and revolutionary movements, provided Grace with the insight and inspiration to shake the world with a new dream.

A time of great hope and danger

What time is it on the clock of the world? As Grace remarked in her final public statement, her life’s journey was a search to demonstrate “an alternative to the Bolshevik revolutionary prototype.” The dominant model of revolution in the 20th Century was embraced by movements that liberated nations and peoples from the yoke of colonialism and feudalism. Yet, as Grace never shied from reminding us, all movements that resolve old contradictions open up new ones. We are constantly challenged to think dialectically, to make sense of the new contradictions that define our changing reality.

From the Black Power Movement to the aftermath of the1967 Detroit Rebellion, from two decades of local rule under Mayor Coleman Young to the state takeover and emergency manager, from the rise of a unionized middle-class to the gentrification of the city’s core under billionaires Mike Ilitch and Dan Gilbert, Grace helped us to see and appreciate that Detroit is where the struggle between two very different futures is playing out.

One is a reactionary vision of taller buildings and skyrocketing rents—a system worse than capitalism as we know it. The other focuses on elevating our humanity and our collective pursuit of the common good, where we reimagine work, reconnect to the earth through urban farms, rebuild neighborhoods through peace zones, and restore education to the community through Freedom Schools.

That is what we sought to capture in our 2011 book The Next American Revolution. Grace saw it as a manifesto for 21st century revolutions.

Our thinking was rooted in the grassroots struggles of Detroit, but we understood that Detroit’s struggles were connected to those of communities and movements all over the nation and throughout the world. It is in that sense that we offered Detroit’s model of sustainable activism as a path toward a two-sided revolution: to transform our structures and ourselves.

Movement organizing must not only name and expose the enemy and its crimes against the people; it must also unleash the imagination and creative powers of the people to envision and enact an alternative. This is what Jimmy and Grace meant when they talked about the imperative to go from rebellion to revolution.

Movement organizing cannot get stuck in demanding changes to the system and contesting for political power; it must also develop the capacity of the people for self-government. This is why Jimmy and Grace created Detroit Summer and stressed the importance of Freedom Schools that combined theory and practice to develop grassroots leadership.

Finally, movement organizing cannot be fixed on revolution as a D-Day event to depose those in power. Sustaining revolution means viewing it as a long and never-ending struggle built on establishing humanity-stretching models of relationship—relationships grounded in our homes, schools, workplaces and neighborhoods, and scaled up to our cities, governments, and transnational movements.

As Grace would say, we are living in a time of great hope and great danger. To invoke Immanuel Wallerstein, the system is in crisis. We could end up with one that is better or one that is even worse than capitalism as we know it. The only certainty is paradigmatic change, and the challenge to think and act dialectically that comes with the territory.

While Grace would undoubtedly have much to say about the state of the world in 2016, I am certain she would be citing her favorite passage from the Communist Manifesto: “All that is solid melts into air, all that is holy is profaned, and man is at last compelled to face with sober senses, his real conditions of life, and his relations with his kind.”

And then she would implore us to recognize, in the midst of so much despair, how privileged we are to be living in such extraordinary times when new ideas and new initiatives have the potential to chart a new future for us all.

As Grace remarked in her farewell statement, “A revolution that is based on people exercising their creativity in the midst of devastation is one of the great historical contributions of humankind.”

Scott Kurashige is a professor in the School of Interdisciplinary Arts and Sciences at the University of Washington Bothell and board member of the James and Grace Lee Boggs Center to Nurture Community Leadership. This is a modified version of an address delivered at Grace Lee Boggs’s memorial celebration in Detroit, October 31, 2015. Photo credit: 18 Million Rising. 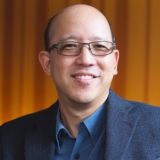 Scott Kurashige is a professor in the School of Interdisciplinary Arts and Sciences at the University of Washington Bothell and board member of the James and Grace Lee Boggs Center to Nurture Community Leadership.

One reply on “A time of hope and danger: On the 101st birthday of Grace Lee Boggs”

These moments in history provide such great dangers and opportunities. Really glad you posted this work.