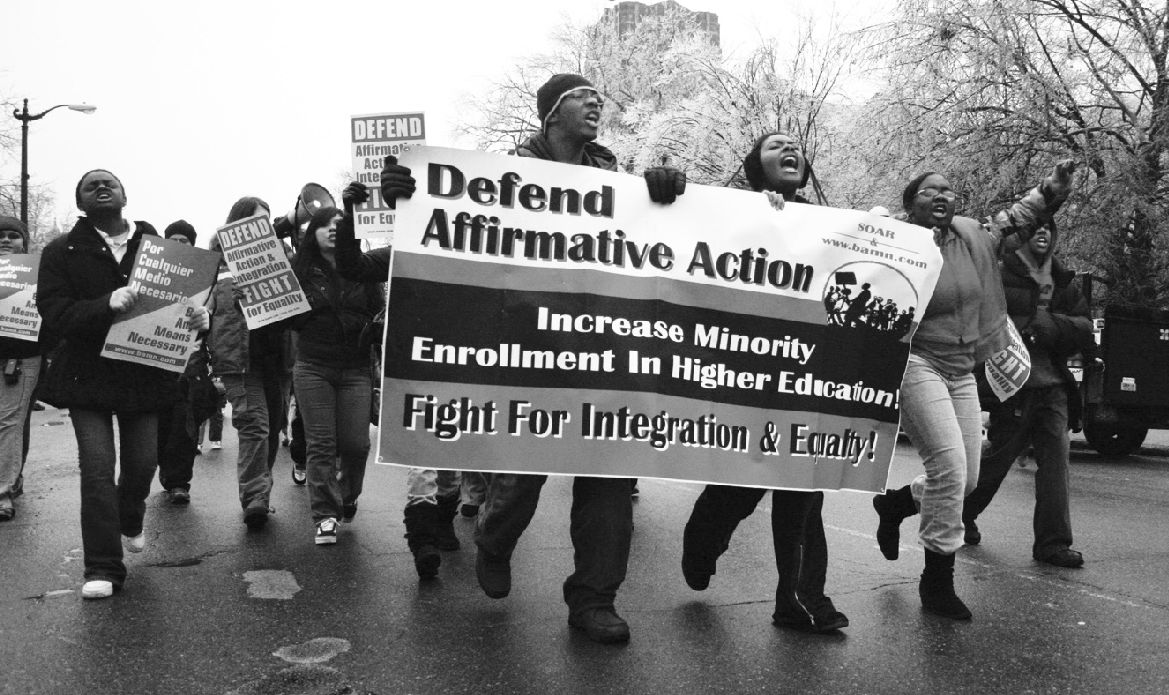 A lot of virtual ink has been spilled on this site about Affirmative Action, including this recent post. The subject is again fostering a lot of debate as the California State Senate considers SCA5 an amendment to the California Constitution that would allow the State’s post-secondary educational institutions to consider an applicant’s race in making admissions decisions. California outlawed the use of race based criteria in admissions via Proposition 209 which effectively banned affirmative action in California when it was approved by ballot initiative and enacted in 1996. As a result of the passage of proposition 209, minority enrollment in California post-secondary educational institutions has plummeted.

SCA5 is an attempt to rectify the negative effect that prop 209 had on minority enrollment in California’s public colleges and universities by allowing race to be considered as one of many factors in admissions decisions. Such admissions policies are in place in many states across the country, and do not involve the imposition of quotas which were determined to be unconstitutional by the U.S. Supreme Court in the Regents of University of California v. Bakke decision of 1978.

Over 60% of Asian American voters opposed Prop 209 in 1996. Yet, today, conservative Asian American media outlets, organizations and leaders are blasting SCA5, some even making specious arguments about Asian exclusionary quotas. Here are some links to some great reporting and analysis that helps dispel some of  the misinformation and hysteria being cranked out. Let’s be clear headed about all this and remember that “color-blind” remedies to racial inequities will not remedy those inequities.

Please feel free to share any other good posts you have read on the issue in the comments thread.

Would the loophole for colleges be that they can still have diversity if they take into consideration culture or ethnic heritage instead of race?

Seems like the Asian American groups listed in opposition to SCA5 are getting themselves into a trap. Their letter to California State Assembly Speaker Perez expressing their opposition looks like it was written by a white person. They should have used their own argument, all in their own words instead of using the same rhetoric that white people use when shouting down resistance to white supremacy — unless they deliberately framed it in a way in which they thought white people would find it most acceptable since that is who has the most power over the final decision as to who will and/or will not be getting help. Unfortunately, every group has some people that do this.

The second and fifth paragraph ruined it for me. I expect that from white people, but not from informed non-white people. If they had not used typical white rhetoric, I might see it differently.

White people could also use this as a way to promote conflict between different groups of non-white people, having them fight over crumbs being rationed out by white people. Senate Minority Leader, Bob Huff (white person), Republican- LA County, is quoted in an article promoting the idea (to a crowd of Asian Americans) that Asian American numbers will go down significantly in the universities due to SCA5. In the same article a Chinese quotes Martin Luther King, Jr. to oppose corrective action. That is the first time I’ve seen that; that person very likely learned that from white people. Most often it is white people who do that (white people love to refer to MLK, ironically, to practice racism).