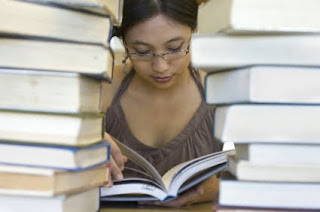 A September 19 article in The Atlantic asked the question How Much Homework Do American Kids Do? The answer? According to a MetLife survey, not much. Considering the dismal state of education in the U.S. this should come as no surprise. But then the article made this claim:

Race plays a role in how much homework students do.

I’m sure some Asian kids study pretty hard. I’ve no problem with that claim. However I do have a problem with the statement “Race plays a role…” Race does not play a role.

If you’re confused by my logic, here’s what I mean.

Race is a political construct. More specifically, race, at least as it has been understood and used in the U.S., is the invention of a group of white pseudo-intellectuals that groups human beings into different categories called races, and invests those races with different racial characteristics in order to make certain people more exploitable and/or expendable. This system was adapted by American colonists who used it to justify genocide and slavery, the combination of which would allow them to acquire territory, natural resources, and capital so quickly that within a few generations they were able to win a war against the greatest colonial power on earth and found an independent nation that would one day rule the world.

Now, I’m not suggesting that the writer of the article or the researchers in the study it referenced intended to make the case for biological determinism. But the races of those students in that study have nothing to do with how much homework they do. And, inadvertent or not, sloppy references to race are more dangerous than many think.

For instance, the writer refers to Asian American kids. Asian Americans include Japanese business investors and Filipino migrant workers, some of whom have suffered horribly at the hands of Japanese business. We are also war refugees some of whom were once peasant farmers in places like Vietnam and Laos, as well as doctors and lab techs brought to the U.S. from places like India and Taiwan to fill labor shortages in the medical services field.

These are groups that have little in common other than their shared humanity until they arrive in the U.S. and become “Asian” rather than Korean, Hmong, Khmer, Ilocano, or Visayan. Asian Americans are driven into the U.S. via a combination of our own immigration policies, and global drivers of migration like war, climate change, famine (which is nearly always political), capital distribution, and natural resource privatization into a single, monolithic idea having nothing to do with where we came from and why we entered the U.S. Attributing racial characteristics to such a complex and diverse group is both misleading and dehumanizing.

Here’s another example. Sickle cell anemia is often talked about as a “black” disease. But it’s really a disease concentrated among people who originate from certain regions of the African continent where sickle cell hemoglobin protects them against malaria. When we talk about sickle cell as as a black disease, we lean in the direction of promoting the idea that race is biological and determinative, rather than social and arbitrary, not to mention muddy the science involved in discovering the source of the condition and possible cures.

Race is not destiny. It doesn’t determine sex drive or athletic ability. Nor is it a voice in our heads telling us how much homework to do.

The educational achievement gap is one of many cumulative impacts of our history of racial categorization, exploitation, and racism. But it does not logically follow that therefore a lack of educational achievement is a racial characteristic. That’s putting the cart before the horse and making the condition produced by racism the justification for its perpetuation.

So here’s another way to see that story that puts things in the proper order. Regardless of race, all kids have approximately the same potential. White kids do less homework than Asian kids because they believe they’re more likely to succeed without all that studying. Meanwhile, black and Latino kids do less homework than white kids because they are the most likely to be poor, and almost nothing is as effective as poverty when it comes to distracting kids from homework.

The difference may seem slight, but the interpretation above points to the role of racism in the lives of children, while the phrase “race plays a role…” taken wrongly can strengthen oppressive racial categories.

10 replies on “Those Studious Asians”

It is certainly a very unfortunate use of language. If anything it should say culture plays a role in how much homework kids do, but as you pointed out there are also many other factors such as poverty.

Did the author explain if English was their first language? If one needs to look up words while doing homework – it will take longer to complete the homework.

Many people seem to use the word ‘race’ and culture interchangeably. I don’t agree with using the words interchangeably, but I’ve become accustomed to people doing that.

There is a great book called “Ethnic America” by Thomas Sowell. He explains that different cultures place a different emphasis on school. He gives the reasons why as well. Most of his explanations are from historical data though. It would be interesting to read an updated version of his book that included today’s immigrant groups.

Thanks for the book tip. Always looking for things to read!

in general, journalists and many everyday folks *don’t* know how to talk about statistics. it seems that journalists get a hold of a study with correlation coefficients with statistical significance and then interpret and write that “race influences” this or that outcome, without pausing to ask whether race can “cause” an outcome or even acknowledging the complexity and mutability over time of the social meanings of race in a given context.

recommended reading: white logic, white methods (tukufu zuberi + eduardo bonilla silva). if one can’t get through the whole book, the chapter by quincy thomas stewart delves into the issue presented in the OP.

This article is just stating the obvious. But to summarize: whites don’t do their homework because they already know they don’t have to (also known as white privilege). Minorities don’t do their homework because they don’t know how to. In the end, it’s Whiteman’s advantage issuing the homework, thus controlling the results of schooling. Therefore, whites control the stereotypes of non-whites.

This whole comment is pure ignorance. Surely, homework has no educational value outside of putting down minorities?

Scot, I enjoyed reading your article. I agree that the term ‘asian’ is so broad as to be almost useless. Would you have an issue if there were studies that surveyed hours spent doing homework among specific groups such as Chinese Americans, Vietnamese Americans, Korean Americans, etc.?

I don’t object. I also don’t object to studies that attempt to understand how racism and poverty affect study habits and school performance. Those kinds of studies seem to lead to a point that’s worthwhile. I’m not sure what worthwhile conclusion a study that looks at study habits and race has since the “cure” is pretty much the same regardless, right? I mean, if we give kids good incentives to study, my guess is that most of them will do it.