Writing. Communications. General hilarity on the border of snark. All things race, gender, and repro justice.

Are you alarmed? I won’t be offended if you are. Many White Boyz have been alarmed by this, for instance on Craigslist where once upon a time I sometimes looked for dates. “You’re a reverse racist!” “White guys can’t catch a break!” If you aren’t alarmed, it’s possible that you are an Asian woman who has visited the Internet during the last 2 decades. Maybe you, like me and the creator of Creepy White Guys, have been messaged by this guy on OK Cupid (yes, he copies and pastes this message to many lucky Asian ladies): Or maybe you’re into really terrible music and watched the music video called “Asian Girlz” by Day Above Ground. My absolute favorite lines, as hard as it is to choose, are: Butt fucking all night/Korean barbecue/Bitch I love you/I love your creamy yellow thighs/Ooh your slanted eyes/It’s the Year of the Dragon/Ninja pussy I’m stabbin’. Don’t get me wrong. I love the Year of the Dragon (not so much the racist movie with Mickey Rourke from the 1980s, but the actual lunar calendar year). I also love Korean barbecue, although it doesn’t usually come to mind while some flabby, tatted-up White guy with appropriative tribal plugs in a ninja costume is romancing me, i.e. calls me a bitch and “stabs” my privates. 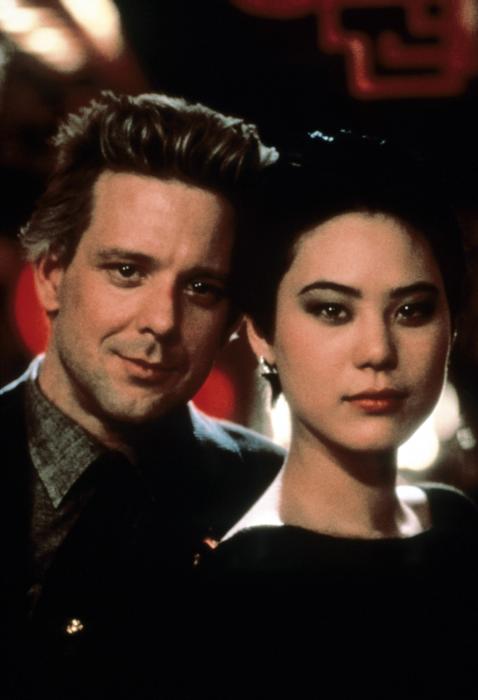 My choice (and note that I never say never, there may be a very special White Boy for me out there going through some anti-white supremacy, anti-heteropatriarchy, class-conscious, feminist reconditioning program) is not a judgment of any other woman’s choice (which would be ridiculously anti-woman, by the way), but few can deny that some of the most comprehensive political, historic, racial and social convergences occur at the sites of dating, love and intimacy, sex and sexual desire. The personal is political, and though I shouldn’t have to bear the burden of representation (e.g. like Day Above Ground didn’t have to worry about backlash from members of the White race in the way Levy Tran and the sad Indonesian guy did after Asian Girlz) I am intensely aware of and made uncomfortable by the historical and contemporary context of interpersonal relationships between Asian women and White men. Here’s a contextual list, borrowing in part from Day Above Ground’s brilliant and complex lyrics:

11 Responses to Why I don’t date White Boyz