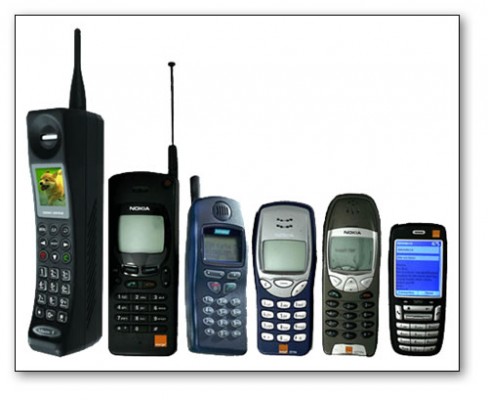 I might’ve become one of those people who buy into the whitewashing hype that race no longer matters in America. Having grown up in the environment in which I did, if I ever commented on racism, people would typically dismiss it with, “Don’t be so touchy.” Racism was a thing of the past. The End. As I wrote in an earlier post, as a young person, I had few tools to understand my own racial oppression as anything more than a hangup that I needed to get over. If I hadn’t met the remarkable racial justice organizers that I did in college, my politics today could’ve been very different.

Don’t get me wrong. Middle-class privilege has never protected me from the psychic damage of invisibility and misrepresentation, or from the humiliation of anti-Asian racism – especially that fetishistic sort that Asian women routinely experience. These things matter. The ugly Twitter posts in the wake of the Asiana Airlines crash are nothing new. They’re simply today’s version of something that has always been part of western culture, descended from WWII anti-Japanese propaganda, and before that, Chinese exclusion, and before that, Marco Polo’s adventures in Asia.

These are the popular, domestic expressions of Orientalism, the us-versus-them mindset that drives American hubris and militarism not just in Asia, but around the world. It’s at the root of anti-Asian violence, and of U.S. wars and foreign policies that destroy the lives of people of color, both here and in the Global South. 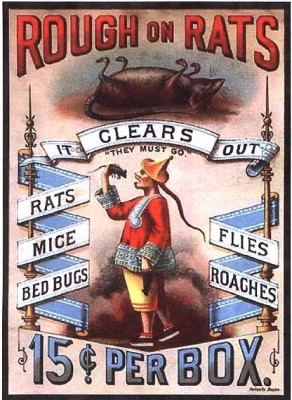 Middle-class privilege doesn’t shield me from any of that. But it does protect me from the kind of day-to-day criminalization that young people like Trayvon Martin, and women like Marissa Alexander face. Alexander is a Florida woman sentenced to prison for 20 years for firing warning shots at the ceiling, because her husband was threatening to kill her. Apparently the Stand Your Ground law applies to everyone in Florida, unless you’re Black. Trayvon’s middle-class status, and Marissa’s concealed weapons permit were not enough to overcome their fate as exceptions to the rule.

I’m not pointing out the things that middle-class status fails to afford people because I think it should serve as some kind of shield against harm. I’m pointing out the hypocrisies, the lies in white supremacist culture. There’s a difference between what we’re taught about America and what actually happens. And it’s about race – a system of differentiation that allows for brutal exceptions to the prosperity that America promises.

After WWII, America rose to global power. As the champion of the war against fascism, it declared itself uniquely suited to the lead the world as the example of a free, egalitarian, and democratic nation. There was just one problem. How could America trumpet itself in this way, when public officials were turning firehouses and setting dogs upon black children and other peaceful protesters in the South, to protect a system of racial subjugation? White elites had to find a way to marginalize the most egregious forms of racism, like lynchings and fire bombings and segregated lunch counters, while also preserving the black-white hierarchy. And they did so remarkably well, by falsely equating blackness with criminality, and law enforcement with security.

From a certain perspective, it might seem like things have gotten better. Take Asian Americans as an example. In addition to being seen as mathletes and villains, today we are also represented as regular Americans (like gun-toting heroes in the zombie apocalypse!). That wasn’t the case 30 years ago, when Asian American actors were forced to fake accents in demeaning roles. But by and large, today’s improved representations reflect a certain kind of Asian American – East Asian, English-speaking, well-educated, middle-class. You don’t see narratives that center the experiences of poor and working-class Southeast Asians in mainstream media. That would require telling a very different story, one where it’s possible for a Hmong youth like Fong Lee to be shot eight times and killed by a police officer in Minnesota. In that story, the officer is cleared of all wrongdoing by an all-white jury. It is a tragedy that isn’t about the model minority myth, but about the racial logic that the myth justifies. Poor and working-class Asians don’t have the same kind of access to model minority status, and are more likely to experience forms of criminalization rooted in anti-Black racism.

Anti-Asian racism endures. It matters. But we are not all racialized in the same way, and as some of us advance, others get left behind. We need to remember that race, like technology, adapts in ways that can feel normal, as long as you have the privilege to keep up. It’s like going from a flip phone to an iPhone. You don’t notice the leap because it happens incrementally – as long as you can afford the upgrade. Behind the excitement over the demographic changes afoot, white supremacy is changing. It feels like improvement for some, but not for all. As Asian Americans, we need to see past the mere inclusion and uplift of those of us who fit pretty neatly into the the American Dream, to transform the systems that dehumanize and criminalize those of us who don’t.

Racism is expert at dangling the bribe of advancement before us, tempting us to turn a blind eye to those getting thrown under the bus. As Asian Americans, the coming of a browner America demands that we take stronger stands against war and criminalization, and refuse to mistake those racial bribes for justice.

Soya has been active in the progressive movement for over 30 years. During the 1990s she worked as a reporter at the International Examiner, communications and policy staff for the WA State House Democratic Caucus, and executive director of the Washington Alliance for Immigrant and Refugee Justice. She was the founding chair of the Asian and Pacific Islander Coalition, which formed in 1996 to restore food and cash assistance for low-income immigrants and refugees in Washington State. During the 2000s she worked at the Social Justice Fund, a public foundation supporting progressive organizations in the Northwest, and consulted for various institutions like the Western States Center, the Philanthropic Initiative for Racial Equity, the Nonprofit Assistance Center, the City of Seattle, and the Washington State Budget & Policy Center.

At ChangeLab Soya has authored two research reports: "Left or Right of the Color Line: Asian Americans and the Racial Justice Movement" and "The Importance of Asian Americans? It’s Not What You Think", and co-authored the Asian American Racial Justice Toolkit. She has convened numerous public events uniting scholars with social movement activists to explore race, gender, war/empire, and Asian American identity. Her writing has been published in Othering & Belonging: Expanding the Circle of Human Concern, and cited in places like the Routledge Companion to Asian American Media, ColorLines, and The Guardian.

Love your recent posts, Soya! Similar to the “bribe of advancement” you write about, I’ve often thought of white privilege as the bribe I as a white person am offered so that I’ll keep quiet about injustice.

Thank you for reading, Jody. I think you’re absolutely right.

Just discovered your writing. You are so clear and on the mark. Please give us more of your perspective!

Thank you, Louis! I’ll be writing more regularly on Race Files, so please look out for more.

I believe that many people who abuse privilege are like people who cheat at board and card games. They are so focused on winning that they are not actually participating in the game as it is intended. I believe that they believe that believe that cheating is gamesmanship. I also do not know whether people who do this are evil or sick, but surely in my thinking one or the other.

Hi Andre,
As someone who is white, I don’t have to abuse my privilege in order to perpetuate racism–just be blind to the fact that I benefit from my privilege.. Systemic racism doesn’t require to me to have any malice or ill-intent towards people of color; I can participate in the game “as it is intended” and still be part of the problem–no need to cheat–I am set up to win and people of color are set up to have to abide by a whole set of rules I don’t have to play by, additional hoops to jump through, and downright barriers to progressing in the game. The game needs to be called out for what it is–we do not have a level playing field, and we need to work together to create a new game, for all our sakes.
Jody

Thanks for your comments! I actually believe that all of us experience privilege in one form or another. White supremacy works by offering all of us varying kinds of conditional privilege as enticement to participate in structures that benefit some through the oppression of others — capitalism, war, and heteropatriarchy. In a way, we’re all cheating if we’re playing the game at all. One thing I struggle with is how to imagine our way out of this game, when the language we’re left with now to talk about race and rights today is inherently caught up in the language of American empire, the keystone of the game itself. How do we think beyond rights, because the flipside of rights is policing? How do we instead work toward transformation on a mass scale? I think one way is to form more genuine kinds of solidarity that acknowledge how we’re positioned differently, and then to unite around what’s at the root not only of our oppression, but of our limited ability to imagine collective liberation.

Anyway, a much too long response. Thanks for reading!

Great thoughts and questions, Soya–maybe the basis of your next blog post? 😉

This is excellent Soya. Thanks for posting. So wonderful to read this thoughtful, challenging piece and then read the byline and realize it was you. Thank you.

Thank you, dear Tema! Means a lot coming from you.