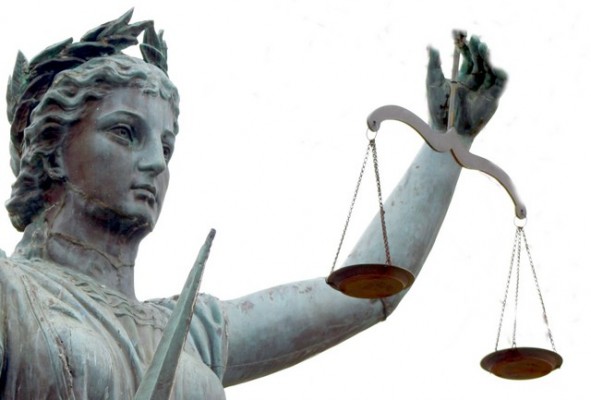 I recently received this email from a reader.

Hi.  Came across your website.  What exactly do you mean by “racial justice”?  I realize the question might sound trollish, but it’s a serious question.  Does your definition include settling old scores?  Is it more focused on current injustice?   What are some policy recommendations?  Do you believe disparate impact to be racially unjust?  Is equal opportunity only truly equal when there is equal results?  Thanks for your time.

Troll or not, the questions are interesting. So, I figured I’d try offering some answers. Here goes.

First, no, my definition of racial justice doesn’t include settling old scores. I think equating racial justice with race retribution is a conservative trope intended to scare and anger white people. Retributive justice just metes out damage to compensate for damage. Allowed to continue, that cycle of destruction will leave us with nothing left to fight for.

But, that’s not to say there’s nothing to settle. What needs to be settled upon is how we as a society are to deal with structural racial inequity and contemporary resistance to public investment in solutions to this problem. And, yes, the solutions need to be about current injustice and not just about past wrongs, though the present is obviously based on the foundation of history.

For instance, many people of color were excluded from Roosevelt era reforms to protect workers from extreme abuse and hand ups like the G.I. Bill provisions for education and mortgage assistance that helped build the American middle class. The exclusion of blacks in particular produced a white-black wealth gap that continues to plague us today.

Settling on policies that address racial inequity is a project of restoration and transformation, not retribution. And it’s also a matter of good public policy. Racist red lining created the market for products like sub-prime mortgages which were originally designed for home seekers being excluded from the market by this practice. Similarly, racial injustice led to toxic dumping in low-income, historically disenfranchised communities of color, including Indian reservations. The dump sites and loans may most directly hurt people of color, but the mortgage crisis affected most of us, and we all ultimately breathe the same air and drink the same water. Racism creates holes in our regulatory systems that result in risk for all of us.

In spite of this, there is powerful resistance to solutions specifically designed to address contemporary problems related to historical racism. But, that doesn’t mean we can’t make progress. While we are, right now, debating immigration policy as a U.S. specific problem and, within that context, as a law enforcement issue, South-North migration is a global phenomena driven by many pressures. Among those  pressures are war, environmental destruction, oppressive trade agreements, and debt. U.S. trade policy is one of the drivers of Mexican immigration. And it should be pretty obvious to all of us that Vietnamese, Cambodian, and Laotian immigration into the U.S. is one of the legacies of a war in which we played a central role.

Drug enforcement is also a racial justice issue. The war on drugs has led to mass incarceration and a prison build-up that is far too costly both in social and economic terms, especially because it’s not working. Decriminalizing drugs, and diverting federal funding from drug enforcement to drug treatment and safety-oriented community-based policing in the most crime ridden communities would be positive steps.

Black and brown people are disproportionately represented in the military. Providing educational opportunity grants, student loan relief, job training, employment, and mortgage assistance to returning vets through a new G.I. Bill could help close the racial wealth gap, especially if the Bill is coupled with a stimulus package aimed at rebuilding and modernizing public infrastructure that includes incentives to contractors to employ workers living in areas with the highest concentrations of poverty.

But none of these matters of public policy would achieve racial justice by themselves, because they don’t specifically target disparate impact and lack of opportunity by race. But, in order to arrive at  durable, backlash-proof, racially specific outcomes, we need Constitutional reform.

But, even if we win Constitutional reform, ensuring equal outcomes would neither be possible nor desirable. Equal outcomes is another of those conservative tropes created in order to link racial justice with political repression in the minds of the public. The quest for justice doesn’t have a beginning, middle, and end. If we can create the kind of society that views justice as a project, and puts the creation of meaningful systems of accountability and broad participation at the center of our government, we wouldn’t just be more likely to achieve racial justice. We’d have a nation that looked more like a real democracy.

3 replies on “What Is Racial Justice?”

‘Settling old scores’ makes it all sound so petty, eh? But, yes, “the present is obviously based on the foundation of history” so, as I agree with Scott’s example of the ‘old’ G.I. Bill vs a new, racially-sensitive G.I. Bill as a way to move forward structurally with the past in mind. I’m interested in the conclusion, however. My sense is that “the kind of society that views justice as a project” requires a feeling of place, belonging, respect – without the threat of ‘illegitimacy’ or ‘dispossession’ – in ALL involved parties. Out of many, one, right? How do we build a narrative where the image of ‘one’ isn’t homogenous and/or exclusive?

Thank you very much